A few days ago we had the pleasure of interviewing Earl Hayes, aka ‘LeeBirdification Hoot-Hoot’ of HOOT Radio– Honoring Our Outstanding Troops on the Freedom Finders internet radio show I’m privileged to co-host. The evening’s discussion centered on the story of Sergeant Bowe Bergdahl, an American Army soldier captured in Afghanistan in 2009.

This story got under my skin; not only has Bowe Bergdahl had his life hugely distorted by this captivity, but he’s been in this situation for the same amount of time I’ve been shut up in the house, four years. Now I certainly wouldn’t presume to compare my situation with his, but again we see someone who’s thus far lost four years of his life, something I do have a bit more experience with than the average person, and this story really resonated with me.

I’ll wager that Bergdahl is like so many of my friends at this point, used as part of the monolithic enforcement arm of our authoritarian government that’s directed by a relatively tiny cabal of banksters and corporate insiders when he likely signed up simply to try to do positive things for America. I don’t know his mind, but I’ll surmise that if he’s been apprised of the facts he’s feeling defrauded…and now abandoned in captivity…by these creeps.

During the interview it was made clear that Bergdahl’s Taliban captors are eager to release Bowe Bergdahl themselves, but surprise, surprise: the American government is the main obstacle in this. He’s become another strategic piece on the chessboard, something I have (fortunately) no experience with but imagine to be a dismal place to find oneself.

I’ve said it before, I don’t waste time bemoaning unfair situations, after all life is indeed unfair. Unjust is another matter, particularly when it’s needlessly so. I know I haven’t found much to be positive about regarding my own abandonment, and I just can’t imagine anyone coming away from an examination of Bowe’s situation feeling good.

I think Lee Birdification’s suggestion of making a lot of very public noise is a sound one and would encourage folks to call their representatives’ office(s) to let them know unambiguously that this situation just cannot stand. For myself, this is another of the many subjects I plan to discuss in person with my congressman and senators once this fundraiser succeeds, freeing me to get back to the world. You can help me do this by donating whatever you can spare here to help me achieve this goal. I’m seriously chafing at the bit to finish being a mendicant, get out and get the heck to work.

You might visit one of the provided links here as well if you’re inclined to do more right now yourself. The ongoing captivity of Bowe Bergdahl is yet another violation of what used to be a first principle for Americans…never leave a countryman behind.

To do so is unacceptable.

So, today we see multiple bombs going off at the Boston Marathon. 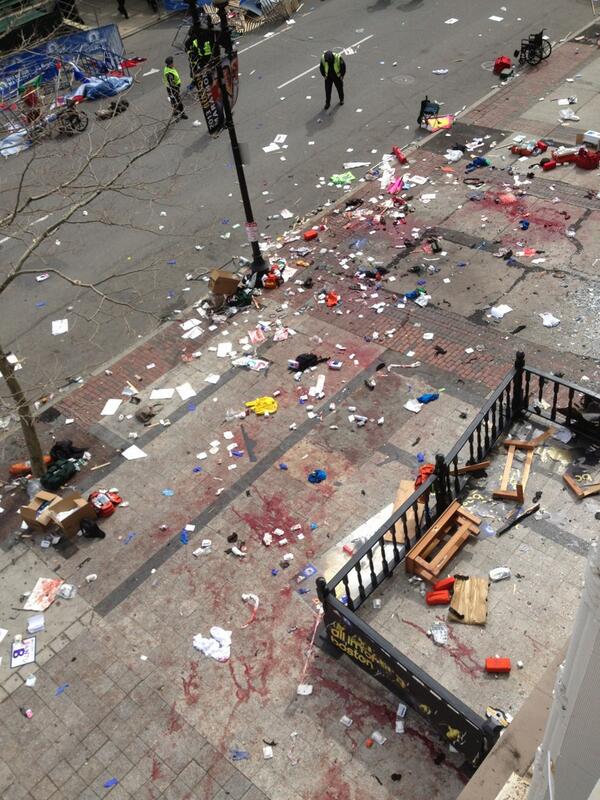 Also, earlier this week one of my fellow hosts at WeROAR was found dead. Details are sketchy, but he was 50ish and from what little I’ve gathered had no significant health issues. It may not mean a thing, may be pure coincidence, but from a totalitarian control freak’s perspective, it’s mighty damn convenient.

Folks, I’m still stuck here like a fly on flypaper. I’m not posting this stuff as a gimmick, but because I’m seriously creeped out. If there is a false flag op going on and a possible purge of loudmouths like me to take pressure off the goons, I’m easy meat.

PLEASE, can we get this fundraiser finished so I can at least reposition with my mom if necessary? I’m fully aware that no one owes me anything. I know a dietary change might well help me to some degree. But until I have the liberty that comes from the freedom of mobility, there isn’t a single thing I can do about any of it at the moment.

I’d like to keep pointing out the facts for the American people in an effort to better this country for everyone’s benefit…but right now I feel like I’m stuck on the railroad tracks with a train coming. I won’t be very effective at that task if it squashes me, and just at the moment I’m feeling mighty squashable. If you’ve considered donating even a small amount, and/or telling your friends about this project, NOW would be a really opportune time.

Thanks to all of you who’ve contributed in one way or another to Get Glenn Mobile! for your part in raising the over $10,000 in hand; now we just need to finish the job.

The New Media Paradigm At Work to Defeat the Zombies!

There are some real benefits to cohosting our Freedom Finders show on the WeROAR network. Last night Sgt. Donald Rutledge and I spent some time with Chris Nooner and crew of Altered, a new movie currently in production discussing the specifics of this new and fascinating project.

Now, just as with vampires, every knucklehead and his brother are pumping out zombie-themed movies and the subject’s been done to death. Happily there are occasional exceptions to all of the mediocrity floating around. With the hackneyed vampire motif, the outstanding 1987 film Near Dark comes to mind. No fangs, stupid getups, holy water and so on, but an awesome story of a traveling band of immortal killers, with a great cast and a truly original story line.

In this direction, Chris and company are making a film with a genuinely novel take on the subject of zombies. I’m really looking forward to seeing the finished product, and you can help by dropping a contribution in their Indiegogo fundraiser. As I said last night, the state of technology in the internet allows anyone to be in on what promises to be a classic movie in its early stages. Wouldn’t it be cool if you could go back in time and assist George Lucas as he made the original Star Wars film, or Ridley Scott when he made Alien?

Now you can. Of course I sure hope that while you’re at it, you’ll take a couple of minutes to donate to this campaign as well, or at least help spread the word about my efforts to get free of this stupid confinement that disability’s inflicted on me. As I wrote recently, the agorist way really works, and we can accomplish amazing things by not waiting for permission and acting ourselves peacefully and voluntarily, showing up the awful government method of coercive ‘charity,’ extracting resources from productive people at gunpoint, keeping the majority of those stolen resources, and letting a few crumbs fall in the general direction of where they’re needed. It’s harmful, anti-human, inefficient as hell, and needs to get left in the dustbin along with other historical failures.

I recommend that everyone who likes the high quality of many independent projects like this jump on board, help this terrific film get made and get me mobile at the same time…we can defeat the goons if we pull together and are willing to spend just a little time and money…it really does add up fast!

New Friend and Ally Sherry Peel Jackson Speaks Up to Help Free Me!

A few weeks ago, my partner in crime Sgt. Donald Rutledge and I were honored to have Sherry Peel Jackson, former IRS agent, political prisoner, and one of the stars of Aaron Russo’s excellent 2006 film ‘America: Freedom to Fascism’ join us as a guest on our Freedom Finders show on the WeROAR network.

Over the course of the interview, I described for her my ‘Get Glenn Mobile!’ fundraiser and asked Sherry if she’d be willing to endorse it as a high profile member of the liberty community, and I was delighted when she enthusiastically agreed. My first impulse was to simply use her words in a sound clip folks could hear on my ‘Welcome’ sticky post, but it occurred to me that it would have more impact if I took Tatiana Moroz’ advice to Make A YouTube Video, as expressed in her song by the same name. I dusted off my video editor and did just that. Thank you, Sherry, you’ve joined a growing number of thoughtful people helping me in my journey to get free of this awful confinement that’s gone on now for four years as soon as possible!

If you aren’t yet familiar with Ms. Jackson, you should know that she’s an ex-IRS agent who spent time as a political prisoner for her actions in opposing the fraudulent income tax, and was one of the stars of Aaron Russo’s excellent film America: Freedom to Fascism that examines that fraudulent income tax and its dreadful enforcement arm, the IRS, along with the biggest confidence scheme ever perpetrated on the American people, the Federal Reserve.

I consider this to be one of the most significant films ever made in its ability to help people understand the descent of America from industrial giant and beacon of freedom to the awful totalitarian state it’s become. This one’s a must-see, and if you haven’t yet seen it, I urge you in the strongest way I can to do so. You don’t even need to go looking for it, here’s the director’s cut that includes extra footage even I hadn’t seen before

Get ready…this film will propel you straight down the rabbit hole where you can see for yourself why we Americans (and most of the rest of the world’s people) are in such horrible danger:

Thanks so much, Sherry, you’re helping speed my escape from this nasty confinement inflicted upon me by disability, no question in my mind. As always, I ask readers to contribute any amount they can to help me make good my escape. You can be sure I’ll join the rest of the dynamic liberty movement once out, not because I feel obligated to the ones who’ve helped, but because I have to, for my sake as much as everyone else’s.

It’s getting dark out there, and we don’t have much time left if we mean to reverse this anti-human and dismal course we’ve been pushed into.