I Want Peaceful Streets, Too

Yesterday saw the publication of my latest article for the American Daily Herald, Antonio Buehler Wants Peaceful Streets For Everyone. I’ve been drawn to this story from the first moment I encountered it, since I’ve never seen such a perfect example of arbitrary and capricious use of State power to indimidate anyone who questions it with whatever threat they deem necessary to crush that inquisitive spirit. From maintaining an aggressive demeanor to assault, kidnapping, and even murder, Americans have over time accepted this behavior as a legitimate expression of the State’s presumed monopoly on force, not only from a traditionally moral standpoint of defense to the historically immoral practice of initiating force against individuals for any reason that takes its fancy.
This piece took a deal of effort to write accurately, watching relative videos many times in order to get the timeline as precisely correct as possible. It was well worth it, and because this is such a superb cautionary example of what’s become a systemic practice in America, leaving nothing but destruction in its wake, I hope we can develop techniques to effectively counter this awful habit of casually destroying peoples’ lives.

Antonio Buehler’s facing the possibility of years in prison for having the audacity to question the actions of a couple of official Praetorians he came across at play, but at this point I can’t see any jury actually convicting him of the clearly bogus charge of felony harassment he was tagged with. The evidence refutes the official story, their actions to indimidate witnesses after the fact are obvious, and the subsequent internal affairs investigation was such a baldly transparent whitewash to cover the police officers’ unlawful behavior that I’m sure Antonio won’t see a day of jail. That he’ll be free to continue his life and keep building and promoting his Peaceful Streets Project is wonderful, and I hope it succeeds even beyond his wildest dreams.

At the risk of repeating myself, I’m still in prison here at home, for committing no crime other than becoming more disabled than anyone else has felt worthy or been capable of helping me escape. Like Antonio, I too have plans and aspirations, but they remain on hold and my life in limbo so long as that imprisonment goes on. Once I do get out, I’m hopeful that projects like Antonio’s will help remove the threat of arbitrary targeting by officials as I go about my business…but first I actually need to get out.

The Get Glenn Mobile! project has come a long way in the almost one year it’s been in existence, with over $9000 raised during its first phase, and close to $600 pledged to the current Indiegogo campaign. I obviously erred in using the fixed funding option in the first one, since the near $5000 pledged in donations were returned to donors when the goal wasn’t met, and far worse, many people seem to have gotten the impression that I’d simply give up at that point and have not re-donated their first pledges.

Nothing could be further from the truth. I am very much alive, aware, and frantic to see the restoration of my freedom. Again, I’m sorry if anyone got a different impression…there will be no more deadlines, and this, what I fervently hope will be the last phase of the fundraiser, will run until it’s done.

One last note: though the passing of the July 11 deadline means I won’t be able to get to Tampa independently, in no way am I giving up on the goal of getting there somehow. I have friends seeking solutions like donated or severely discounted rental of a wheelchair accessible vehicle, but that’s why I left some wiggle room financially with the current campaign.

I really want to go, and I desperately need my freedom back. Please take a moment to make even a small donation to my Indiegogo campaign to make these happen! 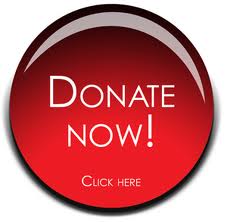